When you book with an account, you will be able to track your payment status, track the confirmation and you can also rate the tour after you finished the tour.
Sign Up
48

This trek takes you to pristine and sacred lake of people of Nepal. The site is sacred for Hindu and Buddhist people on Nepal. Gosaikunda trek starts from Dhunche and ends at Dhunche. It is a beautiful glacier lake situated at 4389m. Wildlife such as wild boar, cheetahs, Himalayan Black bear, goral and endangered red panda are preserved in National park of Langtang National Park. The trails are filled with forests of pine, oak and maple trees as well as variety of wild mushroom spices can be found which are mostly non edible but tempting.

Lakes like this which are sacred site for Hindus and Buddhist, but it is a great way to see the union of two religion as there are many Buddhist prayer flags which provides the vibes of peace and tranquility at the place as well as between religion of people residing in Nepal.

This trek is usually designed for people who have limited time but loves adventure. This trails are not that difficult. Anyone who can carry light bag pack and walk 5-6 hours can attempt this trek. This place is different from other tourist destination as very less amount of visitors or trekkers goes to this place. This place is generally isolated and is filled by community like Tamangs, Gurungs and Sherpa. Trekking in such wilderness gives you the closer view of culture and life style of such people. The yak pasture, greenery and the scenery are something that provides peace and sense of adventure to your soul which gives you nothing but memory which you will be preserving for lifetime.

Drive to Dunche from Kathmandu (2030m/6660ft) 7 hrs.
This bus ride or private vehicle ride will take you to place called Dhunche where you will be passed by famous white water rafting river Trishuli. The roads are bumpy and full of twists and turns. You head north out of Kathmandu driving through scenic foothills to Dhunche. While passing along the road at the bank of Trishuli River you catch a glimpse of Ganesh Himal, terraces farm land and green hills.

Trek to Chandan Bari (3330m/10935ft.)5-6 hrs.
Today after breakfast you will move towards Chandan Bari with the trail filled with forest and meadows. You could see some deers roaming around the trails. Drinking typical mountain tea made of yak milk while energizing your body you will reach Chandan Bari.

Trek to Gosaikunda (4380m/14370ft) 6-7 hrs.
Today you will be waking up early morning and move towards Gosaikunda our destination. When you feel houses and stupa are rarely seen and start to catch a breath is hint that you are about to reach Gosaikunda. The sun rays today will show the mesmerizing views of lake surrounded with mountains.

Trek to Ghopte (3430m/11253 ft.) via Lauribina Yak pass (6 hours)
The rugged trail passing through four lakes which offers specular views of Ganesh himal, Langtang Lirung and other peaks. The Lauribina yak pass at 4610 m is the highest point of the trail. Hiking through the rocky trail with awesome views crossing the pass you will descend towards Ghopte. The trail today is different then the past days.

Trek to Kutumsang via Tharepati (3490m/11450 ft.)
Today the first part of the trail slightly descends and begins to ascend through lush green forest of rhododendron until Tharepati. After reaching Tharepati we then descend towards Kutumsang. Before reaching Tharepati you will be crossing some streams, small scattered huts of the sheep, yak herders and rhododendron as well as juniper forest. The awesome views of Helambu valley across to Jugal Himal, Numbur at Solukhumbu district. Kutumsang is inhabited by Sherpa people with their distinctive culture as well as old Buddhist monastery.

How hard is Gosaikunda Trek?

It is moderate level of trekking anyone who can carry light bag pack and walk 5-6 hours daily can complete this trek as maximum elevation is around 3798m and there is very less chance of altitude sickness.

Do we need prior trekking experience?

No you don’t need any trekking experience as the trails are not too tough, mostly easy but general cardio or walk is recommended months before the trek.

What kind of meals and accommodation can be expected?

Accommodation are usually simple basic lodge and teahouses whereas foods are similar to Kathmandu but some places don’t make food items even if it is written in menu.

What the sources of drinking water during the climb?

Drinking water will be provided in the teahouses during the journey up to the base camp, either from taps, boiling water, or bottled water. We also recommend using steriepen or other water purification solutions.

What is fitness requirement for this trek?

You should be fit but not super fit. This is a moderate level trekking. There is no requirement of prior trekking experience. Ensuring proper acclimatization days and with proper gears you can easily complete this trek but carrying some personal knee support and general cardio is recommended.

How long do trekkers hike every day?

On usual trekking days, you will be walking for 5 – 6 hours a day. But says walking hours might be more or less which totally depends upon hiker but given time is tentative. 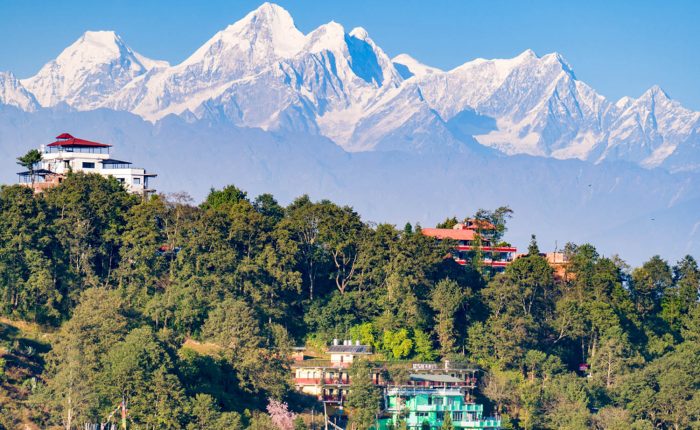